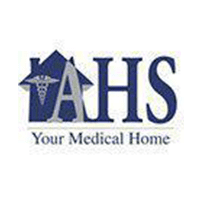 In the last 30 days, an estimated 3.5% of Americans have suffered psychological distress, according to the Centers for Disease Control and Prevention. This results in more than 61 million visits to doctors’ offices annually. Clearly, primary care providers such as Dr. Joseph Pierson and the healthcare professionals at Allied Health Solutions, with offices on Wilshire and Santa Rosalia Drive in Los Angeles, play a key role in mental health care. Call today, or book an appointment online if you feel the need for assistance.

What are common mental health problems?

Mental illness comes in many forms, on their own, in combination, or resulting as a complication from another disorder. Often, similar mental issues are classed together in groups of like disorders. Some of the most common mental illnesses are discussed here.

Affective disorders create changes in your moods, such as seasonal affective disorder, thought to be caused by lack of sunlight during the winter season. Depression and bipolar disorder also fall into this category.

Anxiety disorders usually produce reactions of fear or dread, panic episodes, and physical symptoms such as sweating, shallow respiration, and rapid heartbeat, which are out of proportion with the trigger situation. Your response may also be out of your control, and it may interfere with normal function in your life.

Post-traumatic stress disorder typically follows experiencing or witnessing a major traumatic event. This may be due to assault, accident, or natural disaster, and it can include long-lasting responses, thoughts, dreams, and memories.

How are common mental illnesses treated?

Treatment of mental illness frequently depends on the type of disorder you have. A mental illness may have medical, psychiatric, and social aspects, and treatments may vary even among patients of similar diagnoses.

How are non-medical treatments of mental illness approached?